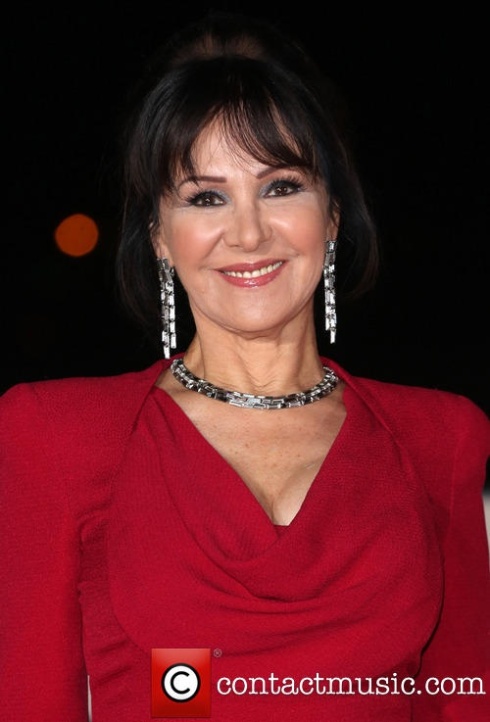 Hello again after yet another manic week, isn’t it Christmas and time off yet?! I can hardly complain though I’ve had a wonderful week, starting with a hilarious Monty Python meeting that had me rolling around in stitches. From there I went over to Pineapple Dance Studios for my Nest event, that I wrote all about in a mini blog last week. You can catch up on that here…

From Covent Garden I whizzed across town to the city, and to the ICAP charity day, where I was raising money on the trading floor for Alzheimer’s Research UK. Everyone who was anyone was there, including Louis Smith, Cheryl Cole, Barbara Windsor, Clare Balding, Julie Walters, and Peter Andre. 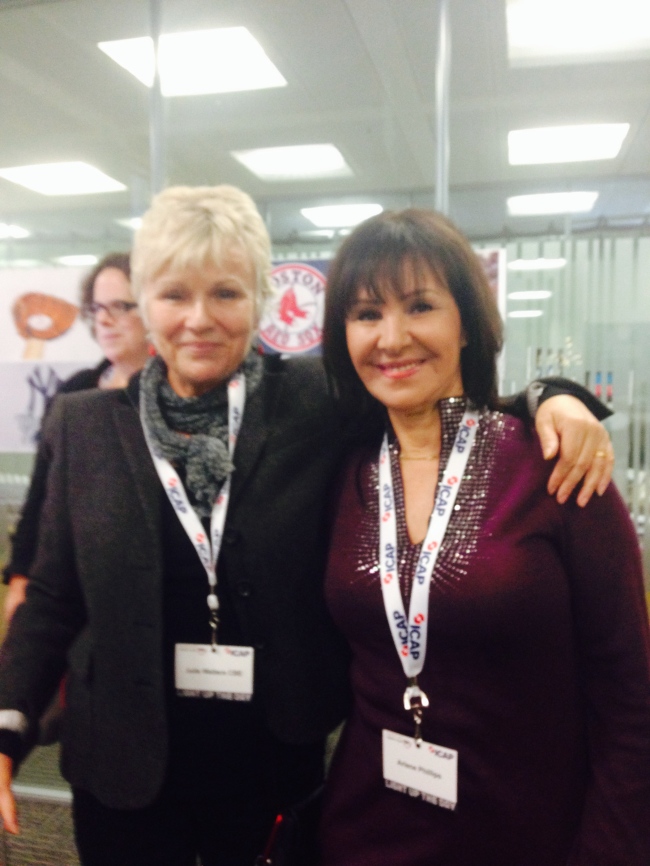 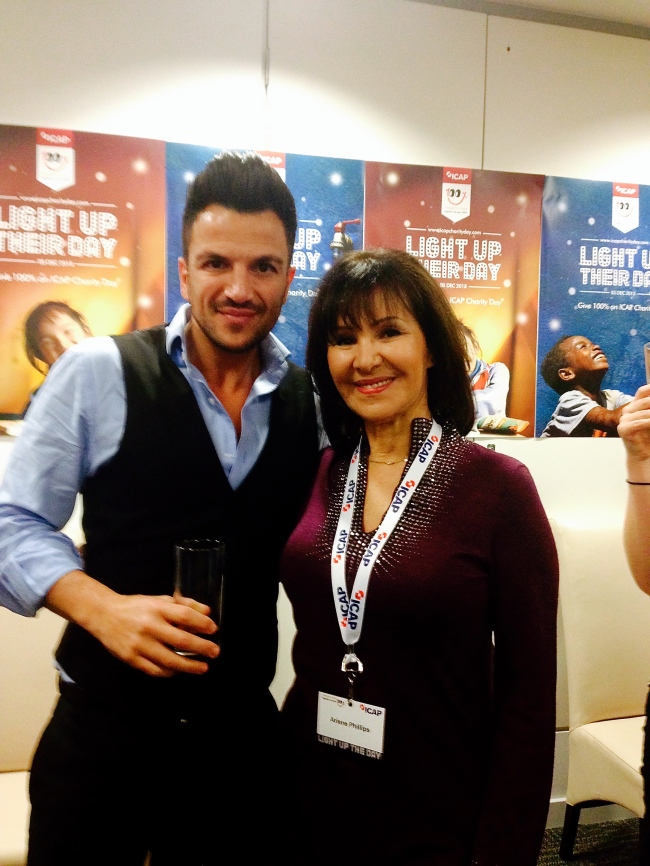 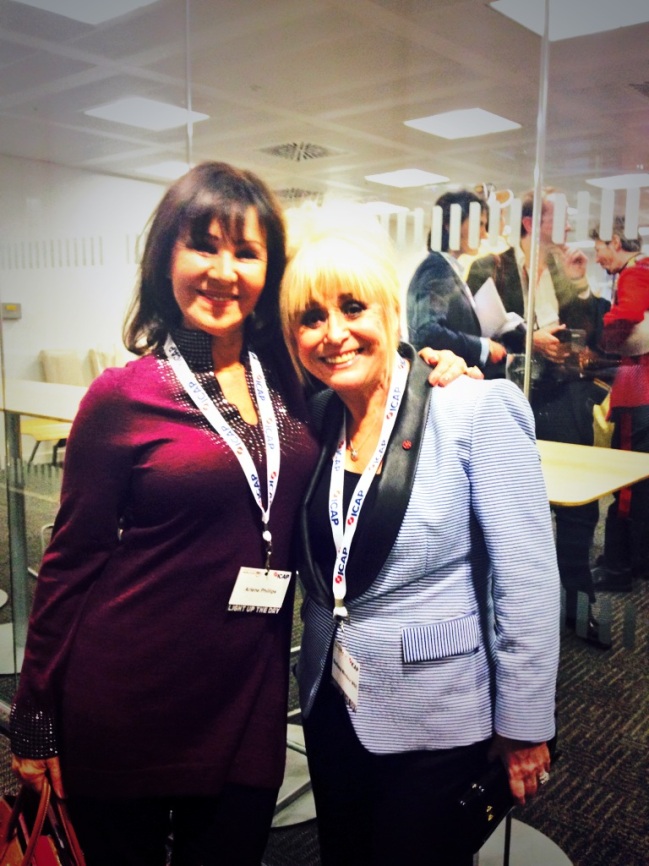 Lots of the bankers had come in fancy dress, and I managed to get some hot tips from a gorgeous group of Jockeys! I also managed to close two deals, and not crash the market, so yay for me!

Finally it was home time and after a quick change off to my fourth stop of the day, a trip to the new Rambert Company building, where we were shown around by head of the company and dance god Mark Baldwin. It was in a word, amazing. If that wasn’t enough to fit in my day, the fifth and final stop was the Fresh One wrap party for The Sound of Musicals, the series I was executive producer on. If you still haven’t seen it, despite my incessant tweeting, you can catch the final episode here  http://bit.ly/HQH3v. The final episode focusses on the challenge of keeping audiences coming year after year, once the glitz and glamour of opening night has been and gone.

I managed to pop to the country for a few days of Christmas prep, which really got me into the spirit! This included finding a tree and stocking up on food and drink just incase we get snowed in… not unusual!

Sooner than I could blink I was back in London, and back to glam! I had a fabulous morning at Selfridges in their beauty hall getting my hair put up at Hershesons Blow Dry Bar, my eyebrows tinted and threaded at Blink Brow Bar, and my nails exquisitely painted at the Paint Shop, it really is a one stop wonder. It was all, by the way, in prep for the event I was attending that evening, The Sun Military Awards. Before my “glamformation” could be completed I managed to swing past the Sky News desk to talk about the amazing promise made at the G8 summit in regards to Alzheimer’s research and the promise to pledge 100 million towards care and research his coming year. Home and into makeup with Alana, red Alexander McQueen dress at the ready, I was whisked away to the Imperial War Museum for what I always find one of the most amazing events of the year.

As well as meeting the serviceman and women there to be honoured for their incredible acts of bravery, I also had a very interesting conversation with no other than David Cameron. I had gone over to thank him for his pledge for Alzheimers research, and he turned to me and said “well it all came about from your challenge to me at last years conference”. Well I nearly fell over backwards, I couldn’t believe it! I am so proud to say that in my own way, I have made a difference. I spent the rest of the evening floating around on such a high, chatting with the charming stunning Amy Willerton and larger than life Joey Essex, both fresh from the jungle.

I was home so late, and up so early for another Python meeting, and I think I must have still been on a high from the night before as there seemed to be more hysteria than usual! After spending the rest of the day in the office doing a major catch up with Coco, I was more than ready to escape to watch the English National Ballet perform The Nutcracker at The Coliseum. I attended the Winter Wonderland themed party beforehand at the gorgeous St Martins Lane Hotel, where I caught up with the lovely Helen Fospero, the glamorous Liz Hurley, the charming Greg Wallace and the larger than life presence of Cherie Blair. I wept my way through the ballet, marvelling at the breathtaking performances, watching the dancers bring to life the characters in a way that I have never seen, and I have seen The Nutcracker probably every year of my life since I was a child! It truly is the most phenomenal production, and all I could do was stand in awe talking to Tamara Rojo, the company director, and offer nothing but heartfelt congratulations. A swift exit home to prepare for yet another insanely early morning, as this time it was all about the Christmas Jumper… 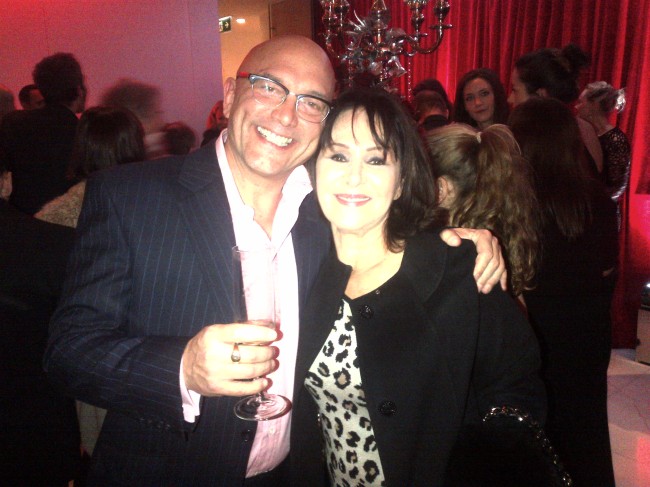 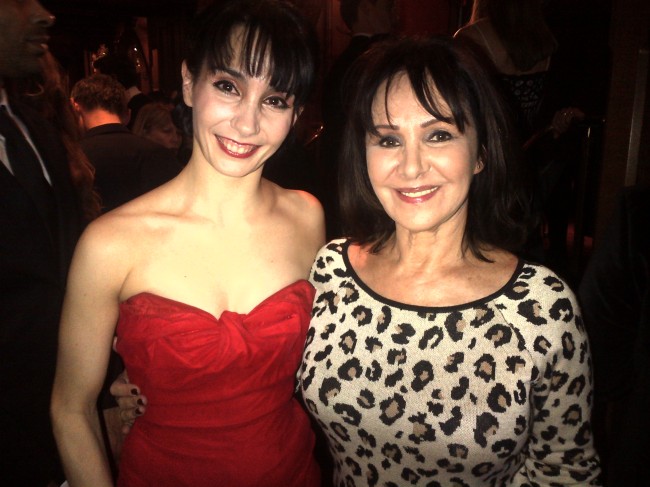 It was finally the morning of the Xmas Jumper Flash Mob I had been organising for Save the Children, and it was an cold start at Westfield London when I arrived bright and early, wrapped up in my very own Xmas Jumper to keep me warm.

Alongside my gorgeous “ Ashleys”, we led the crowd – who were dancing on the ice in their skates no less – through the routine to Kelly Clarkson’s new Christmas single Underneath The Tree. It was a fantastic morning, and I’m so happy also such a success.

From there I jumped in my car across town over to ITV, where myself and Fiona Phillips were on This Morning talking about the Alzheimer’s Pledge, and again just how important it is to understand this truly awful disease, that affects so many of us in the most heartbreaking ways, watch here. I spent the rest of the afternoon replying to all the incredible tweets of support and thanks I had received over the past couple of days, reading peoples tragic stories of their experiences with loved ones, and it really did warm my heart to see the difference I can hopefully make to so many people’s lives.

So I leave you with one week to go before Christmas, and I have to ask, are you ready?!

Error: Twitter did not respond. Please wait a few minutes and refresh this page.