So, Where to begin?  I have been flat out with fabulousness if I do say so myself, and as per usual it has left me totally overdue a catch up, and yes I am also aware I pledge to get posts in on time every other blog!

So here goes in no particular order…

I had a gorgeous brunch at the much hyped Chiltern Firehouse with Mark Aldridge, which is every bit as fabulous as the papers claim.

I saw the truly enigmatic Stephen Fry at the launch for Macmillan coffee mornings, and not only was his speech utterly brilliant, but having to follow the talk from a cancer survivor who’s story is just beyond inspirational, now that really is a hard act to follow. It truly was a joy and a pleasure to meet her, and listening to her speech was just so incredibly humbling, and brought tears of sorrow and also immense joy to my eyes.

I was thrilled to attend a special lunch at the Science Museum alongside other celebrities from across the entire spectrum of the arts world which was truly fascinating. Being surrounded by so much passion and creativity always does wonders for my soul.

I had a lovely night at the Wear it for Autism Fashion Show alongside my darling Debbie Moore, who never fails to look utterly fabulous. As always it’s a night of girly gossip whenever we get together, and this was no exception.

it was also truly wonderful to see Debbie honoured at the London Lifestyle Awards, and receive the London Legend award as I did two years ago. I had a fantastic evening catching up with the gorgeous Sinitta, the bonkers but brilliant Joe Swash, business beauty Luisa Zissman, and the host with the most Marcus Brickstock.

I’ve clearly been a bit of a fashion fiend as well as the above, also attending an Alzheimer’s Fashion show alongside my darling Fiona Phillips, hosted by Morella Kayman who is the co founder and vice president of the Alzheimers Society, and also a truly amazing woman. I also had an amazing afternoon strutting my stuff down the Coatwalk for Macmillan, alongside the divine Emilia Fox, and I have to say it was pretty nerve wracking been up there, but once I got into my stride I was going for it, watch out Cara Delavigne!

I’ve managed to pig out not once but twice at The Ivy, the first time with the lovely Sally Wood, and the second with my darling Monty Python creative crew, for a long overdue catch up after our summer of madness. Although both times I attempted a somewhat healthy meal, the dessert menu was just too much to bear and so chocolate puddings, homemade ice cream and crumbles were ordered and promptly devoured. Oops!

I got my theatrical fix from a couple of opening nights, the first being the brilliant new production of Urinetown at the Apollo Theatre on Shaftesbury Avenue, and the second, choreographer Mathew Bourne’s Lord of the Flies, both of which if you haven’t already seen make sure you get to!

I have also been a bit of a regular on the radio, discussing the Sunday morning papers on Radio 4, and also spending a morning at BBC Broadcasting House going from station to station discussing Alzheimers, and my experience of dealing with my father and his deterioration into this terrible disease. I wish I had know then what I know now about how to deal with it, and more importantly him, therefore it really is so important to me to get the message of help out there.

I made a flying visit on my broomstick to Antwerp for auditions for the Wizard of Oz, and it was so great to have the gang back together again, a few late nights and bottles of wine later it was time to come home and keep on with the craziness.

I’ve had meetings, interviews, on the phone, in person, hit the shops, hit the exercise bike, hit the enormous piles of post, emails galore, catch ups with Coco and anything and everything else in between.

I do hope you enjoy the multitude of pictures to follow… and be assured I’ll be back next week without fail to tell you all about my night on the top table at Chotto Matte with X Factor’s creative director the brilliant Brian Friedman, and my trip to one of my favourite places in the world… Paris!

Until then, stay fabulous! 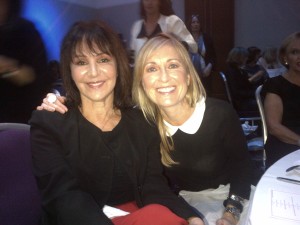 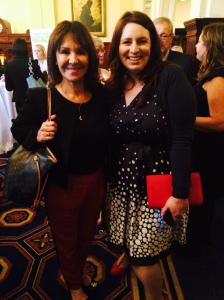 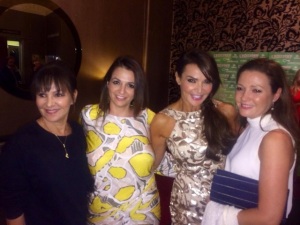 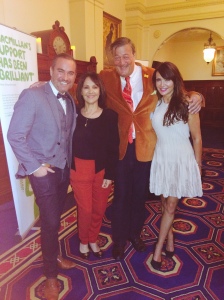